Georgia Ferrell mother of Jonathan Ferrell, the 24-year-old former FAMU football player who was shot and killed in September, 2013, looks on during a news conference in Charlotte, North Carolina January 14, 2014. Prosecutors will seek an indictment against a North Carolina police officer, Randall Kerrick, accused of fatally shooting an unarmed Ferrell 10 times after he survived a car accident and banged on the door of a nearby house in the middle of the night looking for help. REUTERS/Chris Keane (UNITED STATES) 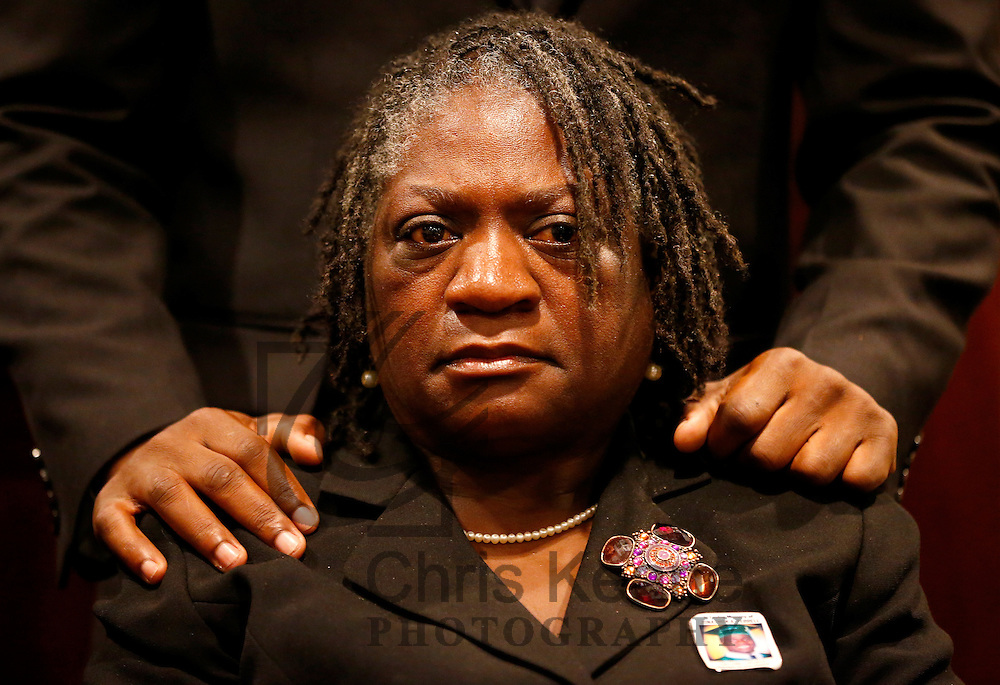