A member of the David Reutimann pit crew starts to push the car during the NASCAR Pit Crew Challenge at Time Warner Cable Arena in Charlotte, North Carolina May 14, 2009. NASCAR has only one sanctioned indoor event - the NASCAR Pit Crew Challenge takes place two days prior to the NASCAR All-Star Race. The Pit Crew Challenge is a chance for the behind the scene's and integral members of race team's to compete head to head to see who changes tires the fastest. The Pit Crew Challenge is a head to head single elimination tournament style event that showcases the individual skills of Tire Changers, Gas Men, Jack Men, Catch Can Men who fill up the seven member pit crew to see who can complete a pit stop and then push the car across the 40 yard push to the finish line. Jeff Burton's pit crew won the annual event with a time of 22.115 seconds setting an event record and collecting the $70,100 prize. CHRIS KEANE FOR THE NEW YORK TIMES 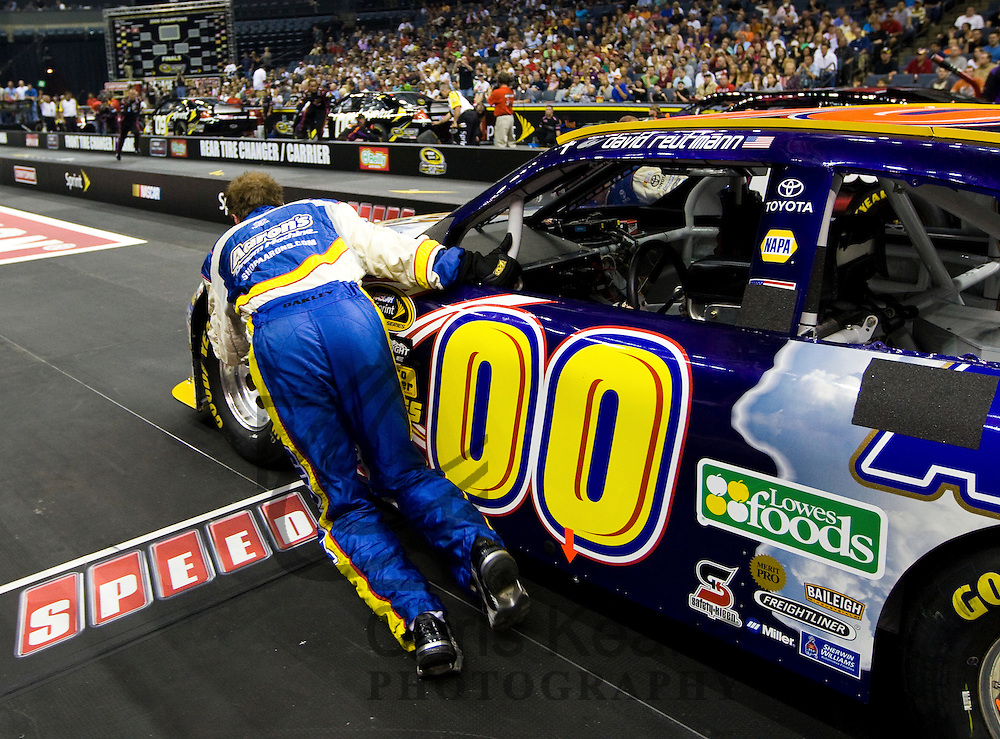