Namee Barakat (L) and his wife Layla Barakat (R) are overcome with emotion as a video is played during a vigil on the campus of the University of North Carolina for Deah Shaddy Barakat, his wife Yusor Mohammad and Yusor’s sister Razan Mohammad Abu-Salha were killed in Chapel Hill, North Carolina February 11, 2015. Gunman Craig Stephen Hicks who had posted anti-religious messages on Facebook was charged with killing three young Muslims in what police said on Wednesday was a dispute over parking and possibly a hate crime. REUTERS/Chris Keane (UNITED STATES) 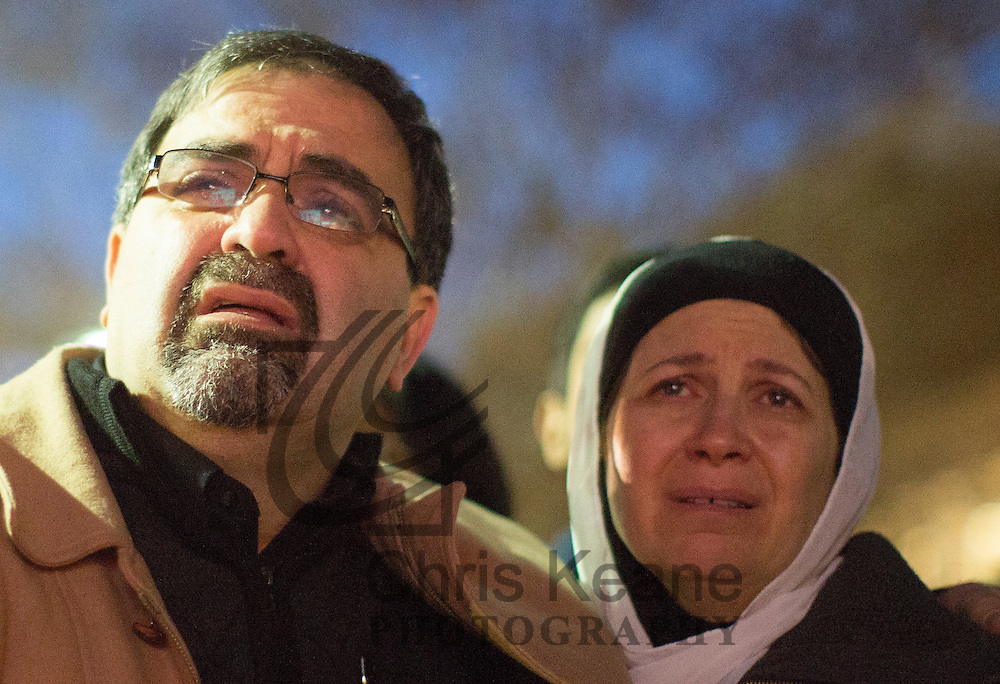